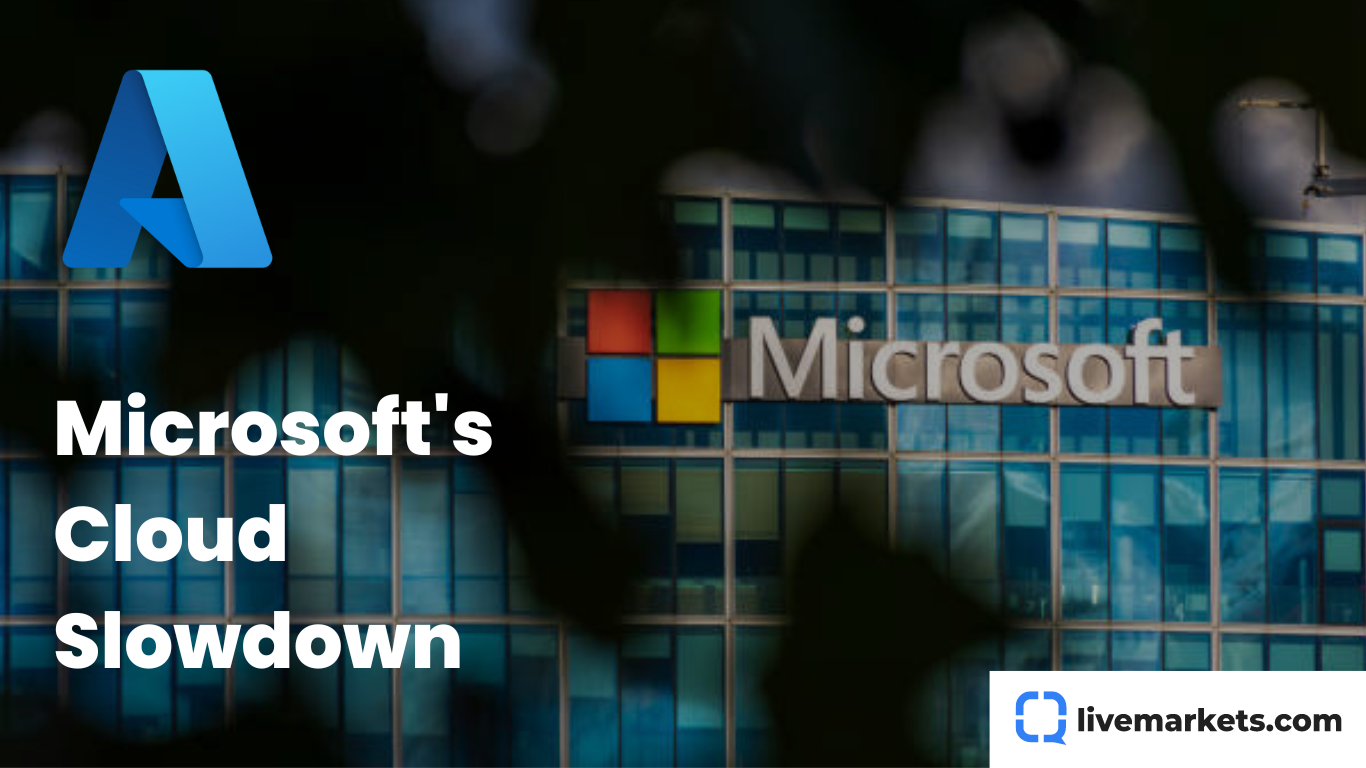 Cloud computing has become an increasingly important part of the technology industry in recent years, with companies like Microsoft and Amazon leading the way in this field. However, recent reports have indicated that the cloud may not be as invincible as it once seemed. Microsoft, in particular, has sparked concern among investors after reporting slightly disappointing holiday-quarter results and admitting to a slowdown in the Azure cloud-computing business. This has led many to question the future of the cloud and whether or not it will be able to maintain its high growth rates.

On Tuesday, Microsoft reported that its Azure cloud-computing business topped Wall Street’s expectations and sent shares higher in after-hours trading. However, on a conference call later that day, Microsoft Chief Financial Officer Amy Hood admitted that Microsoft saw a slowdown late in the year, and expects that to continue into the new year. Azure is expected to decelerate by four to five percentage points from the slower growth experienced in December. This admission led to Microsoft’s shares dropping from a 4% gain to a 1% decline in the extended session, and Amazon’s shares fell to 1.5% as investors worried about its AWS cloud business.

Various factors contribute towards the slowdown in Azure’s growth. One major problem is the increasing competition in the cloud market. While currently, Microsoft and Amazon are leading the cloud market, many other companies, such as Google and Alibaba, are starting to make inroads. Additionally, many companies are now looking for ways to efficiently decrease the expenses, which can lead to a slowdown in cloud adoption.

The slowdown may also be caused by the after-effects of the COVID-19 pandemic. As the companies are struggling to survive, there is less probability that they will invest in new technologies such as cloud computing. This may be the cause for overall cloud adoption slowdown which in turn has affected the growth rates of companies like Microsoft and Amazon.

Investors have already seen signs of a slowdown in the cloud business for the past couple of quarters from both Microsoft and Amazon, as well as at cloud-software companies like Salesforce.com Inc. This has led investors to question if the cloud will ever return to those higher rates of growth, or if they need to prepare for slower growth going forward indefinitely. Maribel Lopez, a principal analyst at Lopez Research, suggests that Microsoft could be taking shares from Amazon to avoid an even steeper decline than executives projected Tuesday.

The slowdown in the cloud computing market is not just limited to Microsoft and Amazon. Cloud-based companies such as Salesforce have also reported slower growth rates in recent quarters, implying that the slowdown is a more widespread phenomenon that is not just limited to a few companies. The increased competition and economic uncertainty are likely affecting the entire cloud market rather than just a few companies.

Despite a recent slowdown in Azure’s growth, Microsoft CEO Satya Nadella remains optimistic about the future of the cloud. In a conference call, he stated that customers are “making sure that they’re getting the most value out of” their existing workloads and are “being a bit more cautious given the macroeconomic headwinds out there in the market.” He estimated this optimization period will last about one or two years but could extend longer if economic conditions worsen.

Nadella also expressed enthusiasm for Microsoft’s investment in OpenAI and how artificial intelligence will help transform the Azure infrastructure. On Monday, Microsoft announced its plans to weave OpenAI technology into Azure and other projects through a series of partnerships. This includes using AI to improve the security, performance, and scalability of Azure as well as create new services and applications that can be run on the platform.

Nadella believes that integrating artificial intelligence into Microsoft’s Azure cloud platform will help differentiate Microsoft’s offering from that of its competitors and drive further adoption. Additionally, he highlighted that customers are increasingly looking for ways to leverage AI and machine learning in their businesses and that Microsoft’s investment in OpenAI will help it meet this growing demand.

However, AI integration into Azure and other Microsoft projects is not likely to have a major impact on the company’s finances for some time. Additionally, other divisions within Microsoft could also struggle in the near term.

The cloud market has been hit by a slowdown in growth, as the market becomes increasingly competitive and companies face economic uncertainty caused by the ongoing COVID-19 pandemic. While Satya Nadella remains optimistic about Microsoft’s future in the cloud business, overall cloud growth rates will likely be lower than they have been in the past. Investors should be prepared for slower growth in the future, while companies need to diversify their offerings and continue innovating if they want to succeed in this new reality. Boeing: A Long Road to Recovery but Positive

USD/JPY extends fall to lowest in over seven