The USDCAD fell in the London morning session and in the process broke below the 200 bar moving average on the 4 hour chart, a downward sloping trendline (see green numbered circles), and a swing area between 1.3543 and 1.3562. The low price reached 1.3506 which was just short of the early October lows near 1.35007.

Going into the rate decision, the price was trading above and below the 200 bar moving average on the 4 hour chart at 1.35707. The price moved higher after the lower than expected hike by the Bank of Canada of 50 basis points vs. 75 basis points. The buyers vs the 1.3500 level were rewarded with a further run higher.

The price high moved into the swing area between 1.3637 and 1.3666. This area was the next key upside target and is needed to be broken to increase the bullish bias. A move above would target the 100 bar moving average on the 4 hour chart at 1.37224.

The high price reached 1.36498 near the middle of that swing area. The price has rotated back down and trades at 1.3614 as I type.

The midpoint of the move up from the pre-release low comes in at 1.35984 (see 5 minute chart below). Yesterday’s low price came in around the 1.3600 level. Watch that area as a close support intraday.

This article was written by Greg Michalowski at forexlive.com. The Future of Cryptocurrency Hangs in the Balance 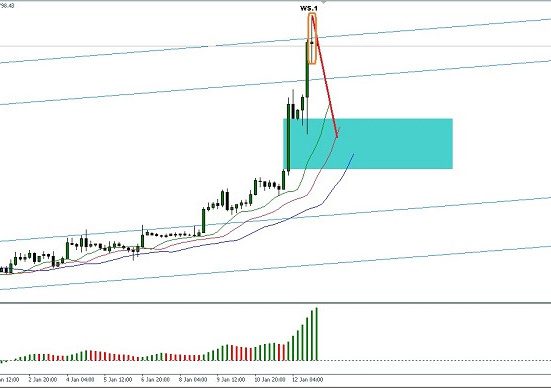